We started our weekend a little early.
On the 2nd I joined my husband & his Command for a day at the ball park watching the Padres game. 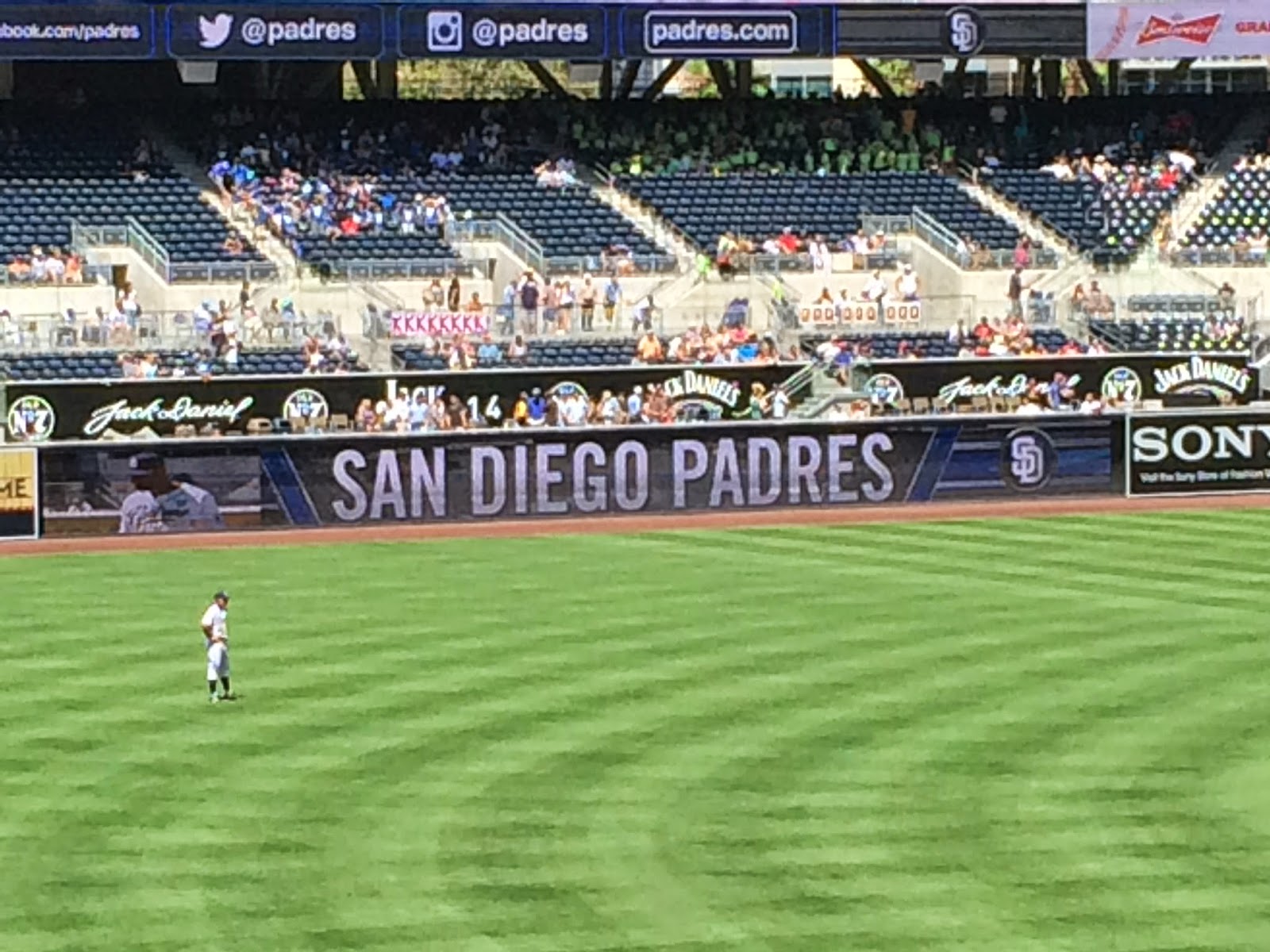 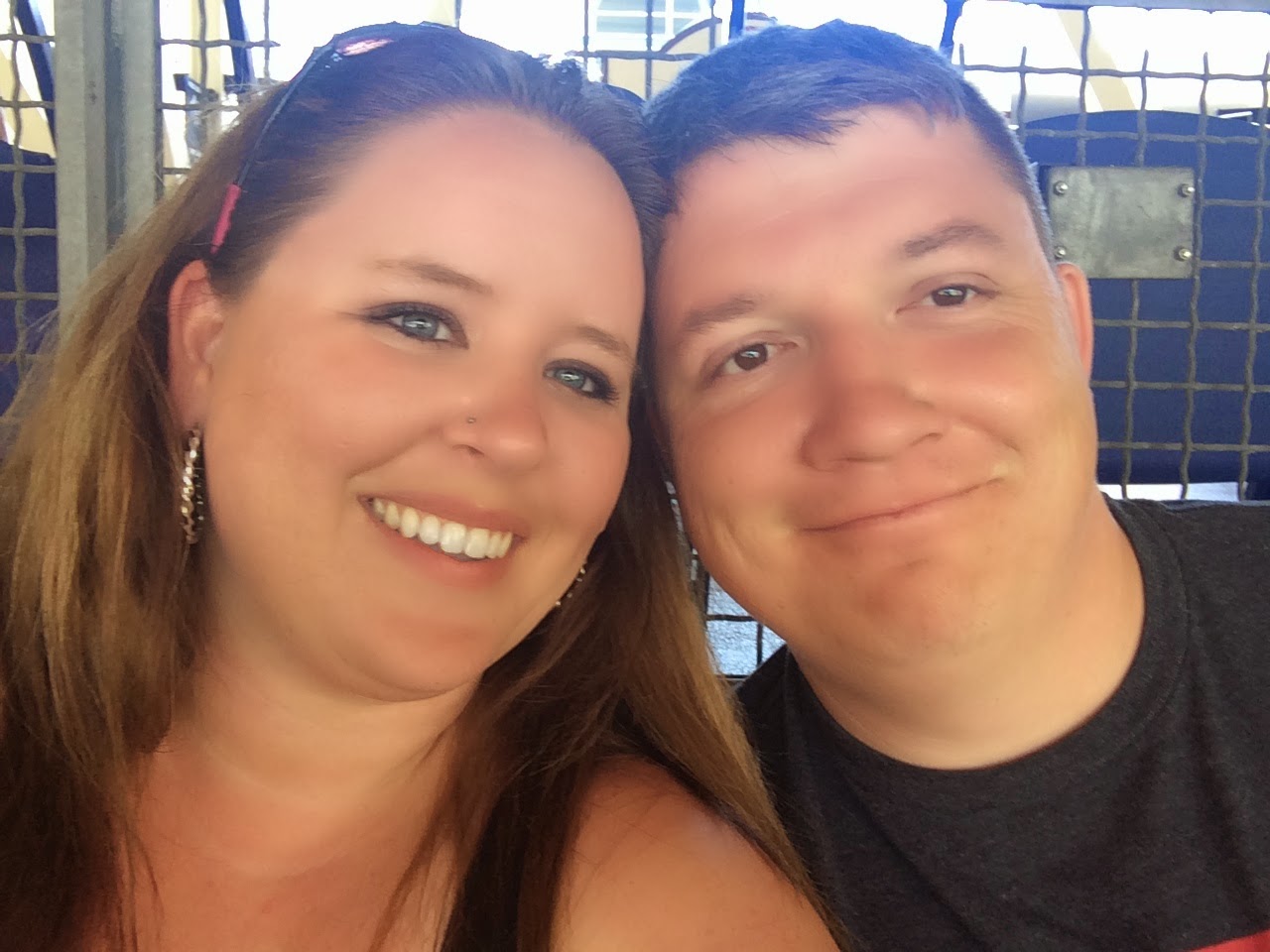 On the 3rd we had a friend of ours come over and we started drinking. I found this ad on facebook for a drink - watermelon vodka, lemonade and fruit. I couldn't find the watermelon vodka so I used Vanilla Vodka and just lemonade. {It's amazing} I got buzzed and then we decided to start playing beer pong.. trouble with that is I am horrible at the game. I mixed to much of my vodka mixture with beer. I was trashed. 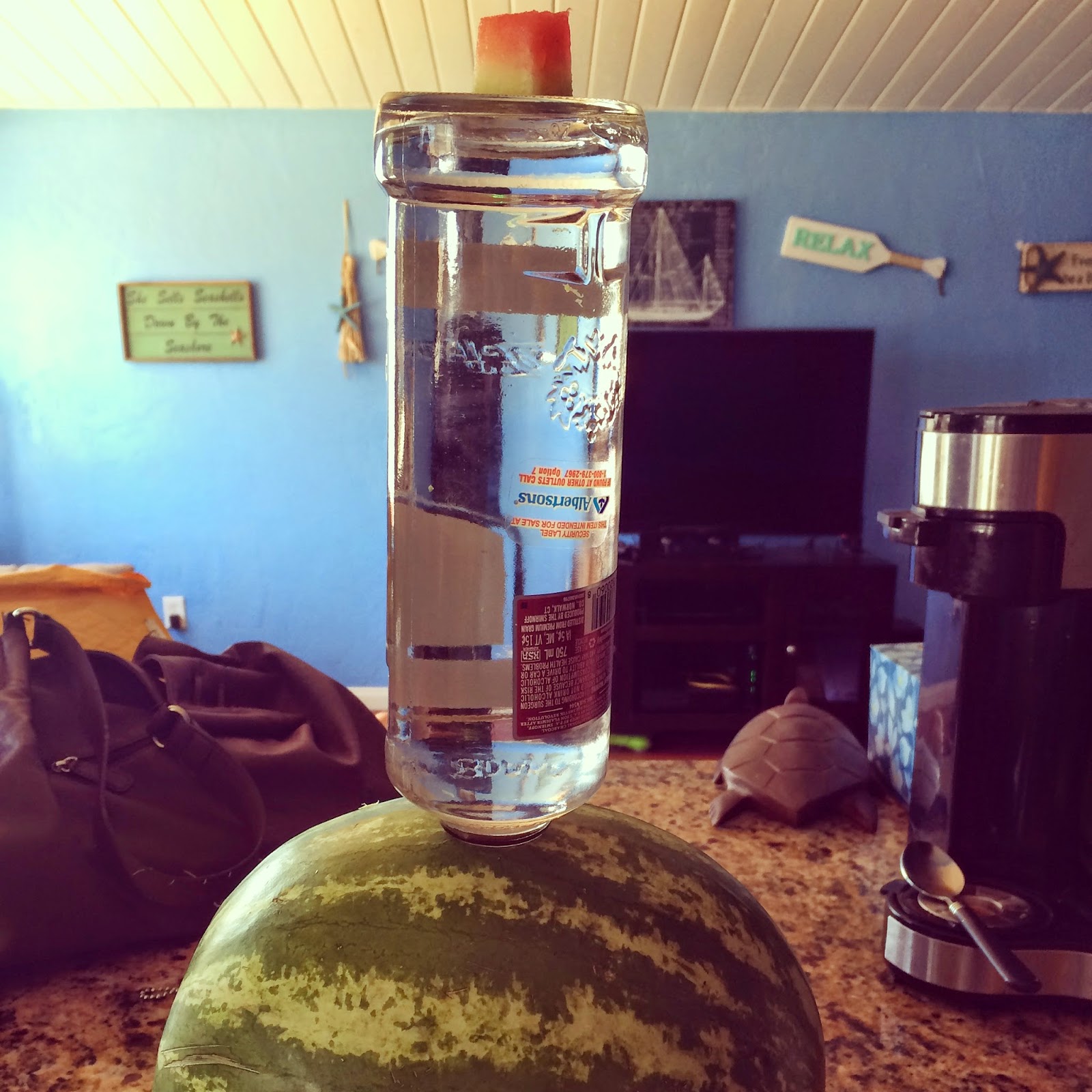 On the 4th I had this whole big thing planned. We invited some friends over for a Fourth of July lunch. I had bought fresh corn on the cobb, marinated two racks of ribs, bought stuff for jalapeno poppers, got a watermelon drunk, and some baked beans. I was so hung over, my very first hangover,that I slept the majority of the morning. If I wasn't sleeping I was drinking water and muttering the hang over promise to anyone who would listen. {I'll never drink again}. My 'amazing' husband cooked all the food while I slept it off. We had a great lunch with a bunch of friends and it was great! 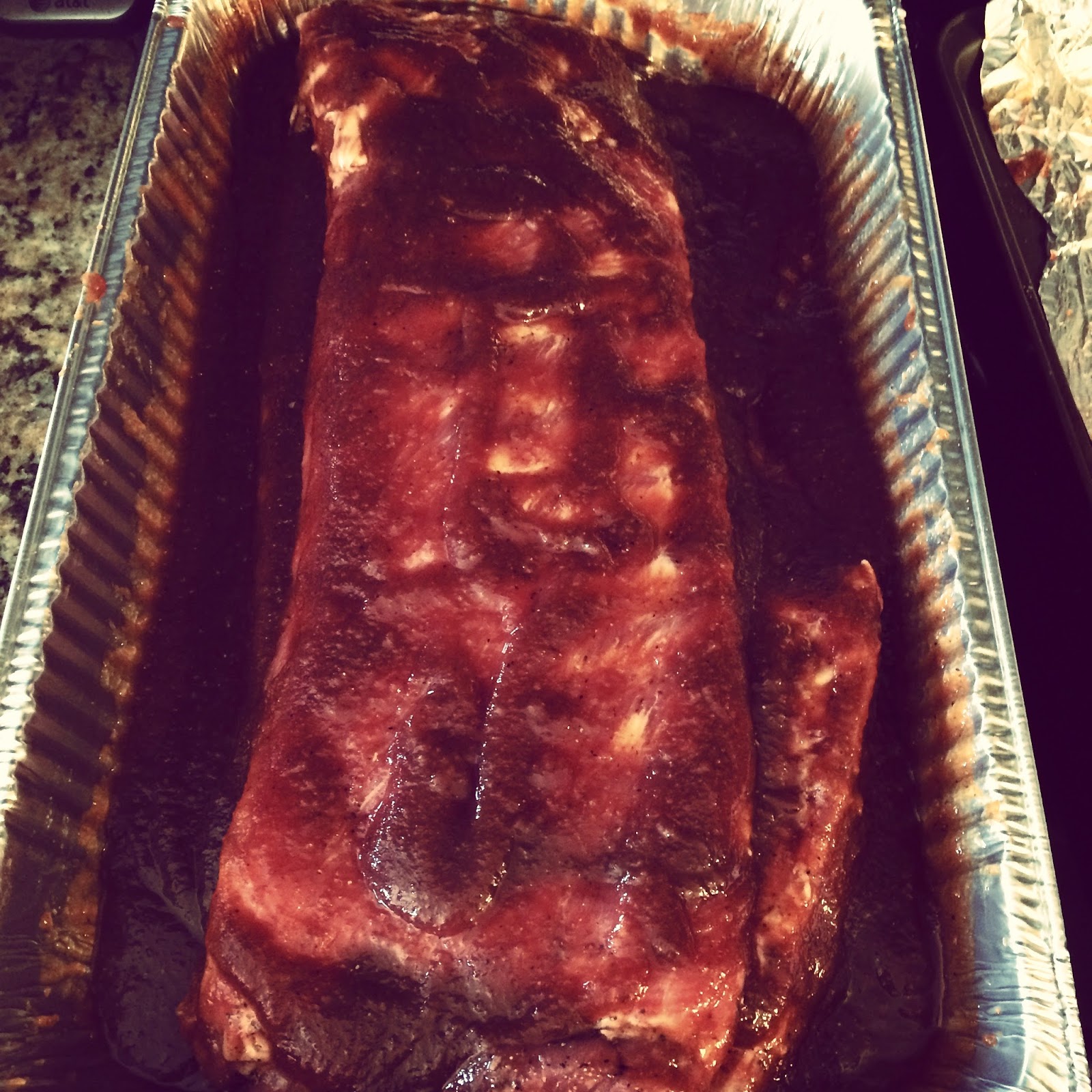 We left to go watch the fireworks at my husbands base. We decided to tailgate across the street before going to watch the show. We promised the two little kiddos they could play on the jumpy houses and slides.. problem with promises and drinking.. they don't go hand in hand. By the time the non designated drinkers got done with their Jack n Cokes they were shutting the games/rides/food down. With two screaming kids in tow we claimed our fireworks spot. About five minutes before kick off a lady came over and asked my husband to watch his language "because it was a family event" because he said the word ass. Now I'm not sure if my Sailor is like any of yours but mine got irritate. I'm sure the drinking before hand didn't help. At any case my husband was embarrassed and felt it better that he retreat to the car for the show.. he didn't feel he could keep his mouth shut. I was furious. My, possibly, last Fourth of July before he deploys again and he was in a parking lot instead of next to me. I got my satisfaction by asking the lady to stop talking while the National Anthem was being sang. 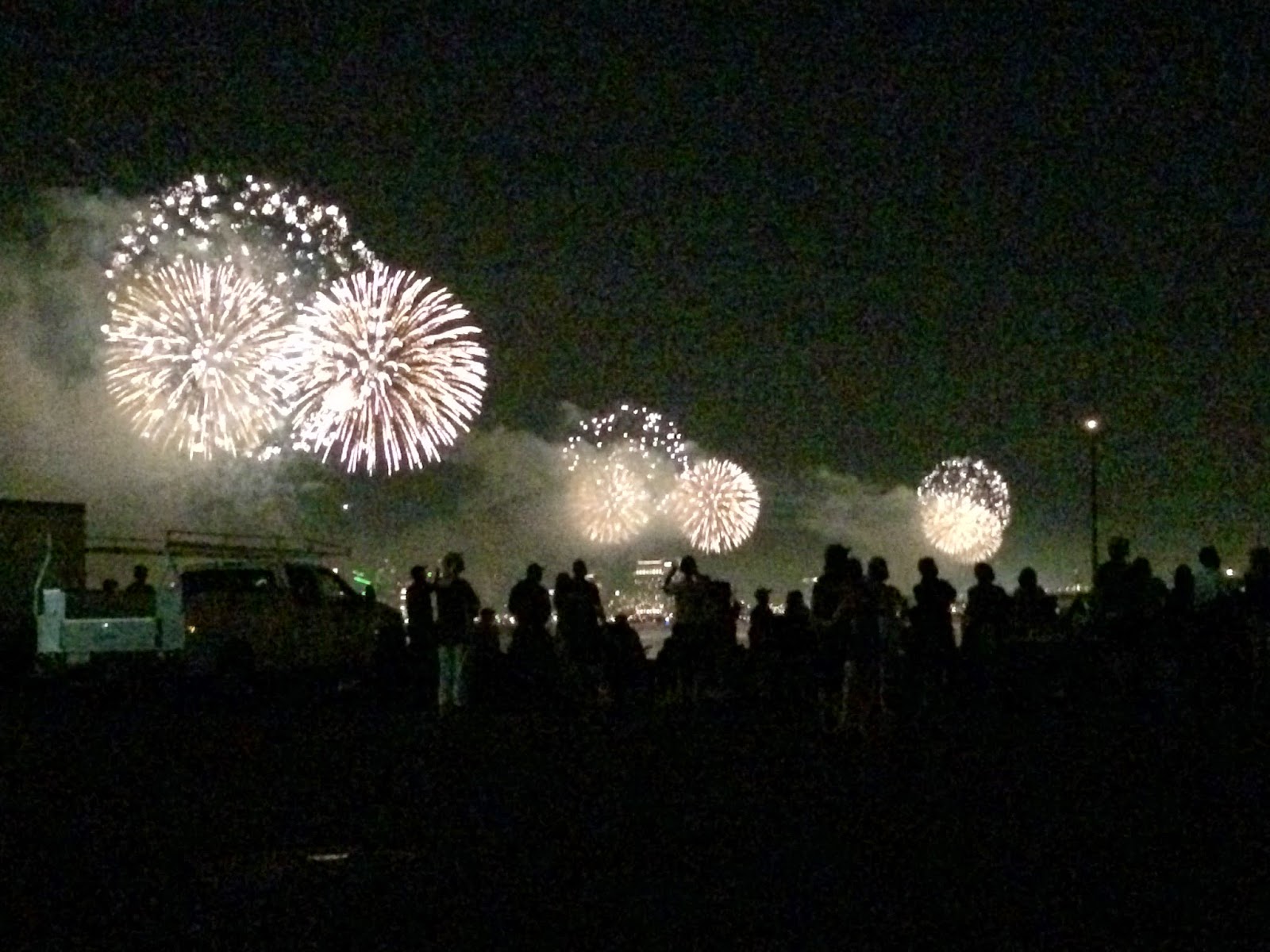 I watched the show with my friends, as my husband set in our SUV, and tried to enjoy the show. After getting home my husband walked to the room, still drunk, and went to bed. Our friends dispersed and went to a neighbors house to drink and celebrate. I went to bed. What a day. All in all it was an 'OK' holiday. 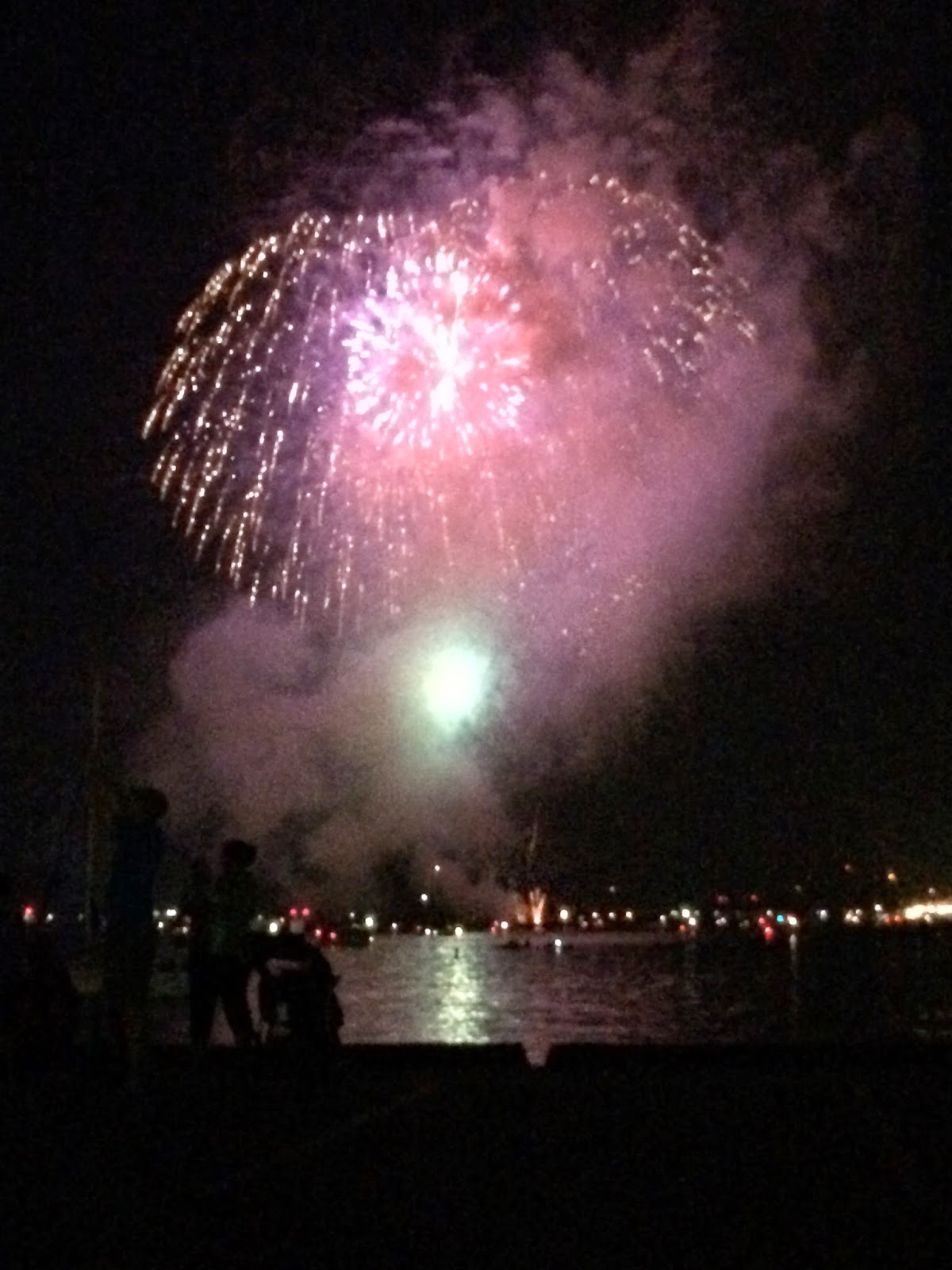 To be my favorite holiday I wasn't exactly happy with the way everything turned out but all in all it was Ok. The food turned out great, our friends were all together and we had a good time. I mean that's all counts right? I wished I wouldn't have gotten so drunk. I wish I had been able to really enjoy the actual day but I don't regret it. 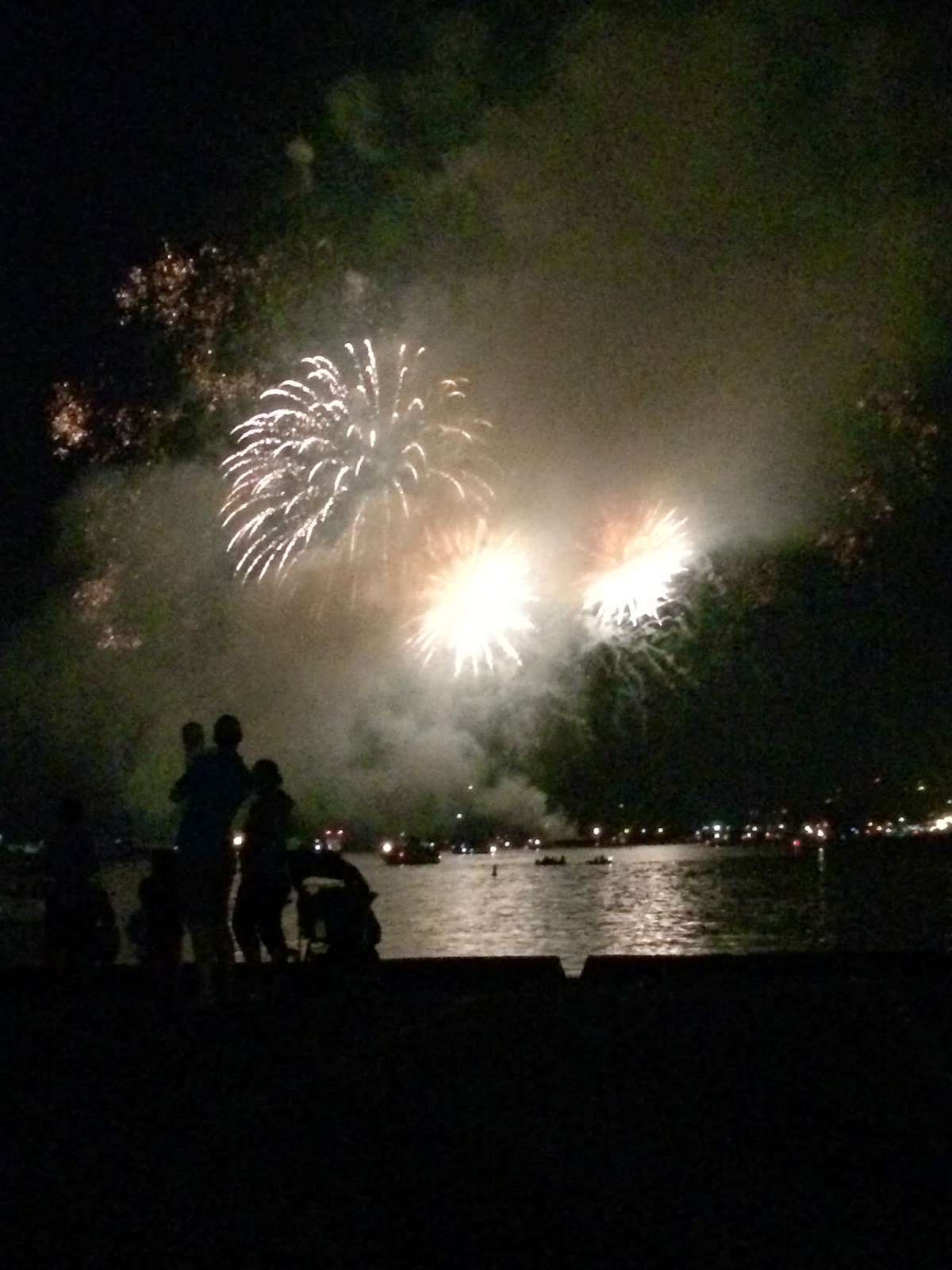 I hope you all enjoy the pictures and had a great Fourth. I can't wait to read about everyone else's holiday!