I've been pretty vocal about my dislike for the way that social media has taken the place of interacting with people. The way that texting has replaced a phone conversation & of a hand written letter. I'm not done sharing my concern & so I am going to keep posting about this topic. I try to express to people that we are falling away from actual conversation. We limit ourselves to little sentences about our days. We use emoji's to express our emotions & rave about the newest article we found on facebook. We do majority of our shopping through the convenience of websites and have it all shipped to our front door. I know someone who even has their groceries delivered to their home so they don't have to leave their house on the weekends. We pay our bills through online services... It's all about the convenience. BUT is it really?? What are we doing with that free time that we suddenly have since modern technology has made life so effortless?? You saved yourself two in a half hours by shopping online and saving money on the gas you would have spent. You paid all your bills & didn't have to wait in those long bank lines that we used to have to endure. You now have a extra four hours in your day but what are you doing with that free time? Using it to surf through snapchats, watch videos, catch up with someone through facebook & instagram posts?

I wanted to share this conversation that I had with a friend this past week with you all:

A couple of weeks ago a good friend posted that she was having some medical issues her youngest son & that it was just easier to share what was going on through facebook & instagram to reach everyone. Last week her son was admitted into the hospital & they are still there now.  I had an appointment at the hospital with my son so I sent her a text asking if I could bring her & her husband anything. She asked for some coffee and something to munch on so I made her a blueberry muffin loaf. While I was there she got misty eyed and told me that she really appreciated the fact that I offered to stop by. Not to bring her coffee or the blueberry loaf.. but the fact that I just stopped by.
She told me that it had been so long since she had taken the time to sit and have a face-to-face conversation with someone. Being in the hospital room she realized that it had been so long since she had picked up the phone and just talked to someone. She shared that she had pulled up many friends contact information but hesitated in actually calling any of them because who actually uses their phone to 'voice' talk anyway. Her daily routine of connecting has been through the social media groups. She was shocked that nobody had reached out to call & ask about her son. She was upset that they had been admitted for four days & I was the first person to show any interest in visiting at all. She started to get angry at all the people who knew what was going on & yet nobody had reached out to them that was here in the same State. (Both their families are from Kentucky).It made me sad. It made me sad to see how alone she felt, to hear the frustration of the isolation we have created as a society.

AND PLEASE Stop using the excuse that "you are too busy'.. we are all busy.. we all have lives.. you aren't special. You get the same amount of daylight that everyone else does. Just because you use your time differently does mean that you are busier then the rest of us. I absolutely HATE that excuse. Furthermore, I also hate that we have created excuses that have become normal slogans to our isolation. Like: 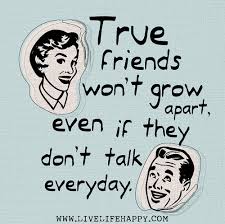 this is NOT true. People grow apart because the go in different directions but people who put the elbow grease into a relationship and keep lines of communication stay strong.
or: 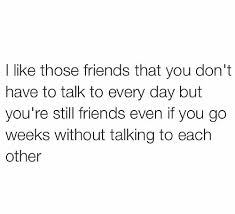 true. You can stay friends with someone and not talk everyday. BUT it's so easy to let a week turn into two, then two turn into a month and a month turn into six. We replace that patch of time with something else to keep us occupied. You wouldn't let your spouse come home and not talk to you for a whole week. You work on creating topics to discuss - so why should your other relationships be that different?

In closing:  We need the socialization. In the animal kingdom - animals are seen in herds. They migrate together, they work together, they communicate together. We has a human race (we are also considered to be animals) are social creatures and we have the herding instinct. Why are we so determined to isolate ourselves and pretend that we want to be alone while we surf the web for conversation? I mean isn't that what it's for? Facebook was created to keep up with people far and near.. to connect with people .. not to isolate ourselves and have that be the only means of communication.

I have made it a point to carve out time in my day to talk to someone on the phone.. not everyday.. but at least once a week. I randomly call and ask about how someone is doing... really doing. So I challenge you to do the same thing. Carve 30 minutes our of your day and call someone you haven't spoken to in a while. You'll be amused by the surprise and delightment in their voice & how good you feel too! No I don't just challenge you.. I double dog dare you.