I'm so ready for 2018 - simply because my husband comes home & we have our 3rd child. I'm ready to NOT be pregnant anymore & I'm so beyond ready to have my husband home again. I cant' being to explain how much I want my husband home right this very second.  Normally I shy away from resolutions because well it's kind of a fad. So while it takes a while to institute something into a routine people generally give up a week after stating their new goal.

Goal #1: Be Nicer to my Husband. Lets face it - I'm a B to my husband. He deserves better. It's my goal to really put him first. These past two years really put into perspective just how much I want to be around him. So the next items are also in-conjunction to #1.

Goal #2: De Clutter: We got too much. Time to de-clutter. I want to be a minimalist or try to be. Time to purge and donate.

Goal #3: SAVE: I want to payoff. I want to spend less and save more. I want to create a realistic budget and stick with it. I want to really really focus on finances this year and better all of our lives.

Goal 4#: AMAZON. I spend a lot of money at Amazon - so for #3 to work I gotta do #4. Removing all my cc's off my profile to make ordering harder. Unless it's in the budget NO AMAZON.


Those are the short versions of my wish list. Remember when setting your goals.. they are meant to be hard and even if you fail.. just keep going! 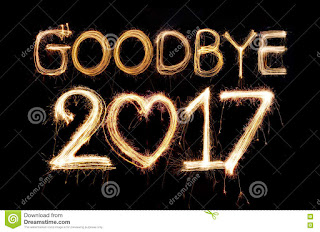 Posted by AMY MICHELE at 6:06 PM No comments: 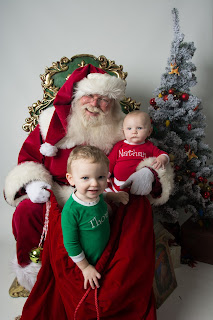 I was reading my last post in Nov "Skipping Christmas" and I've held true to my words. I've bought little man a couple of 'Little People' figurines because he's actually playing pretend. I bought Little Dude a gift or two but he's so small he has no idea what is what. I did buy my Starbucks cup, holiday blend and ornament. I also bought the Holiday barbie like I said I would. I did buy my nephew a book from "wonderbly" because a friend sent me a $5 coupon. I also sent my husband a Christmas care package, which he received two days ago. My tree is beautiful and is half full -- meaning I only did personal ornaments on the TOP half of the tree b/c little man wont leave them alone -- lol.

~I bought Little Man the Little People advent calendar amazon special & it is a HUGE hit. I couldn't wait to open them all up and let him play so we didn't do the 'day by day' portion. He loves them. He carries the little cat, the little dog and the reindeer everywhere. I think he thinks the reindeer is a dog; which makes me laugh because we have Pomeranian's and a Great Dane. (We also have two cats, but they are mostly outside). Anyway the fact that he thinks the reindeer is a dog makes me chuckle. 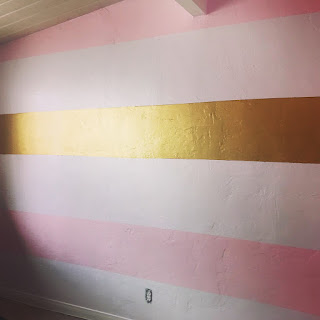 ~Little Miss is now at 22 weeks gestation. Her room is almost finished & I am SUPER proud of how it's turning out. The color scheme is pink, white and gold - which was inspired by a picture I found on pinterest. I am waiting on Dad to put the crib & dresser together. I mean he's done it with the past two so I'm not letting him skimp out on #3's. I haven't even bought the bed or dresser yet. I still have to buy a 'big boy' car seat for little Dude to transition into. I also need to decide on purchasing a new rock n play because our old one doesn't vibrate anymore. I really haven't jumped into the whole girl clothes thing yet either. I have been getting clothes from people, which is GREAT, but I need to buckle down and make sure I have enough newborn through 3 months clothes.  really not into sweets. I'm so happy I can still drink my Dr Pepper and coffee - with the boys I couldn't at all - but I'm still getting my H20 intake in. The only issue I've had is with my back. It's actually how I found out I was pregnant. I thought I bruised my tailbone. The small of my back hurts so incredibly bad. I get to pick on big chore of the day and tackle it.. by the end of the day I can barely move. SO I time my day around my back. Getting a massage helps big time and the OB has decided that it's tension related and there is absolutely nothing they can do. SO I'm just hoping the hubby gets home soon before I get to the point I can't move at all - exaggeration but I would be nice to delegate some chores to help me. Right now all the chores fall into my lap I put off grocery shopping, or leaving the house, as long as I can. I pick a day and a chore gets done. I had to cut back on Little Man's appointments because getting the kids in and out of the car takes a toll as well. Tylenol helps, heating pad helps, massages help, and warm baths help. I have been given permission to take ibuprofen, no more the 600 mg in a 24 hr period, but that seriously scares me so I've stuck with Tylenol.
With this pregnancy I hardly feel pregnant. She rarely moves, which I keep hearing is normal for a girl at this stage, but it bothers me. She craves steak and asparagus, she hasn't really repelled food but I'm

~Little Dude can sit up on his own, and crawl on all fours - backwards. He is super calm and quiet. He only complains when he is hungry, tired or has pooped. He does great with floor time play but loves his jumpy. I'm really anxious for him to start talking. I think he has said "hi" and "Momma" but that's usually when we first wake up and I can't be sure of anything before coffee.. hahaha.

~Little Man has started talking all of a sudden. He is saying real words you can understand! He sings songs like 'EIEIO' and "wheels on the bus". He tells me "ow", 'up', 'eat', 'go', and he does a LOT of gibberish. He can say the whole alphabet, his numbers to 10, and his colors. He lines everything up in a color pattern in a OCD manner.. but otherwise he is doing great! I'm still not getting him to sleep in his own bed all night long. I'm trying be he wont make it the whole night. For a child who was just diagnosed with Autism I think his talking and playing pretend are AWESOME! Which I also wanna add that this time last year he just stopped talking and last week he just woke up talking. It is the CRAZIEST thing.

Alright guys.. that's all I got. Hopefully I can find time after the holidays to post a New Years post. I actually have resolutions. Merry Christmas y'all.

Amy
Posted by AMY MICHELE at 9:06 PM No comments: