Friday I went to my primary Dr., PCM, and had a long sit down with him. I was so on edge because usually when I go it he is just eager to user me out of the office. This visit was no different. I went to the ER in Mid July and they decided that I needed my gallbladder removed b/c I have gallstones. So I decided to make a wellness visit. So the dude literally walks in the room holding my file and chatting about my ER visit. OK but that's not why I was there. So I tried to change the topic to my back like a thousand times but the dude wasn't interested in really listening to me. Everything I brought up came back to being a Mom of 3. He said that since I had all three kids so quickly that my body never had time to really heal itself. My core muscles of my stomach are so weak that they are now putting strain on my back. I can totally understand what he is saying there. So his recommendation was to join a gym .. do some yoga.. and go to physical therapy. I laughed.. snorted laughed.. like I have time for physical therapy!! BUT he said if I don't follow through with physical therapy then he wouldn't go any further into the back pain.  It wasn't a total loss and he wasn't really wrong.. but I thought he'd do more to help me out. He suggested I get back into the gym, take some time for myself - which I don't do b/c we are so busy - and make myself a priority for the kids sake.
The husband also wants to join the KETO ban wagon and I'd really like to do the PALEO diet again.. man those numbers on that scale were scary. I try to tell myself that they are just numbers.... but those were some large three digit numbers. I talked it over with the husband and I am just going to have to make time for  myself. The Y is open until 9 and I could go around 7pm and get a good two hour workout done. I need to find a good yoga class and with the help of the physical therapy ... hopefully I can start to feel some relief.
Moving on here.... 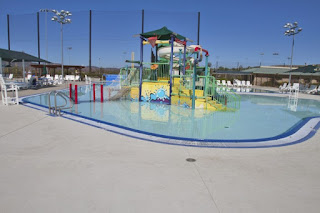 Our friends moved away to WA and we usually spend our weekends with them. So this weekend we tried something a little different. My brother & SIL took Little Dude on the San Diego "Jeep Run" and we made some fun for Little Man and Little Miss. We ran to the commissary for some fruits and veggies for the week. After that we were going to meet up with a friend at a local splash pad, but it was HOT. So I remembered a friend took me this awesome YMCA pool when Little Man was a baby, so I looked it up and we went. We took Little Miss with us and she even got in the water! I didn't even take my phone out of my bag - so no pictures but it was awesome! We were then planning on going to a frozen yogurt spot after that but my brother called to say there were heading home early and so did we. This single trip to the this water playland made me want to re-up my membership! It was so much fun & little man had SUCH a great time that I really want to do this again!

On Sunday we did some house chores and I got so much stuff done!! After nap time a friend met up with us and we went to get frozen yogurt and then to Kohl's for some school clothes for little man. The trip to the yogurt place with all 3 kiddo's was insane! I felt this crazy amount of pressure for my kids to be all proper and quiet.. which is crazy in itself..  but the kids had a blast. Isn't that what it's about?? I hate getting all worked up and missing the fun and then looking back  at the situation and seeing I was being crazy. We got some good photo's tho! Little Man, Little Dude and Little Miss.. all having a great moment at the frozen yogurt place. 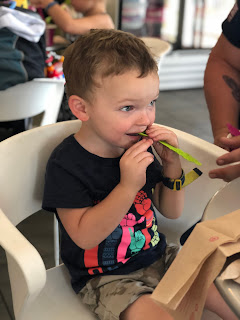 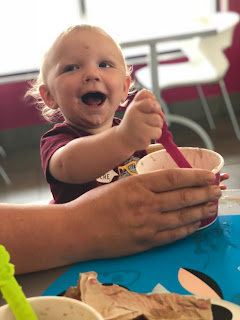 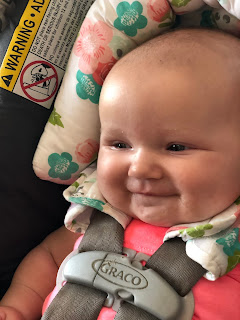 Hope everyone is having a great Monday & had a great weekend!  I'm going to try and figure out how to create a 'vlog' and see if I can get that up this week. I gotta go start lunches for these cuties! Let me know you stopped by so I can say "HI" back!