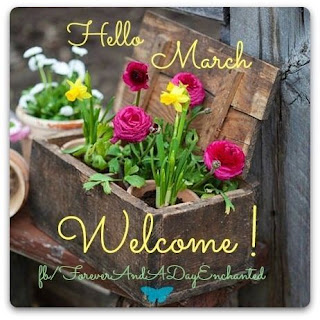 Well hello. It's been a minute.
I have been trying to find time to get a post in, truth is I've been have a hard time getting anything done. It's been a rough month for no reason other then my own head. I finally made an appointment with a shrink again, I finally started talking about the inner struggles out loud. I've been internally been struggling with such silly stuff that you put in on a back shelf.. then you realize your shelf is full of all these little things.. but it's full. I have also narrowed it down to the Depo shot, for birth control, as being the main trigger for these wild swings in emotions and moods.
I have noticed a couple of a new readers.. so thank you for following along! I just wanna semi recap with saying that in April I will have a 1 yr old, actually 2.. for 9 days, a 2 yr old and my oldest doesn't turn 4 until July. So I'll have a 1, 2, and 3 yr old for a three month span. While Little Miss is excelling and is WAY ahead of her age group.. it's always busy. Mr. Man's schedule is crazy. Little Dude is a ham & just started exploring with temper tantrums.. which are new in this house. no seriously.
Also with being on the transparent side of things.. my husband & I have been having a really rough time so far this year. We are having issues communicating with each other. I wanna also say that because I feel so off.. that most of the issues are because of me. The other percent is him not listening to what I'm needing from him right now. Nothing that's not workable but it's totally added stresser that I do not need.
Speaking of the house. We are interchanging from baby to toddler so quickly that the junk has multiplied and has taken over. I feel it's a constant declutter act. I think we have borrowed my brothers truck for dump runs at least once a month. I have donated, sold, and given stuff away. Then with that turn you gotta replace it with something else.. or at least that's what I'm trying NOT to do. We have replaced highchairs with boosters. We have replaced sippy cups with those awesome munchkin cups. We are almost through with formula and transitioning into milk.. hallelujah. We've donated baby rattles and baby mats. We have gotten rid of all the infant seats and replaced those with little chairs - so adorable by the way.
A lot of change, a lot of altering, a lot of decluttering and a lot of reorganization = chaos. You gotta create a huge mess to get it all thrown out. So it seems like stuff is everywhere b/c we have 2 days do undo three years worth of inventory.. then try to manage through a busy week.. then back to the 2 day race. I'm not saying anything parents don't understand or know.. it's just new to us.
The crazy part is that I feel I have to carry this huge load of responsibilities on my own.. because I do. I take care of so much and feel that it's not equally distributed and it's taking a toll. My house is a mess, my marriage is a mess, my kids are growing faster then I can blink and I'm just watching time click by. It's so overwhelming somedays. I know I'm not alone and that thousands of parents go through this.. but it's hard. It's hard to feel so alone and know that you need a mental break and cant' get one. It's hard to express how you feel to get that 'say what' look from your spouse. OMG I am so tired of fighting for attention from my husband … battling that damn phone. I wish that phones had never been created somedays. It has caused such a ripple in our relationship.. for real. It just gets so overwhelming and then you add feeling so alone.. man it's been rough. The important thing is that I'm realizing it's too much. I'm trying to make my life easier with Prime Now orders, with ordering groceries online. I'm trying to get to the zoo on weekends, or the park, just to break up the pattern we've created.

The hardest part of my day … in the evenings I make a to do list for the next day. I promise myself it's going to be better and easier. I'm going to wake up and be renewed and refreshed and pumped. Problem is .. I wake up and get the oldest off to school, the little are running around.. gotta feed and change them. THEN I spend the majority of my mornings talking myself out of my todo list. HOW backwards. I float through my afternoons filled with therapies and appointments. Barely get a good meal on the table, throw the kids in baths.. get them to bed and my head races. I pick up on everything that wasn't done, wasn't done right, I beat myself up for doing laundry instead of playtime.. or vise versa. I've complained about it all and never seem to be complacent. That my friends is a form of depression. Never feeling complete no matter what you do. Never feeling like you are enough, do enough, or that everything you did was wrong. You end up wasting hours of your life worrying and internally fighting.. that you've wasted a day. then a month. and even longer. 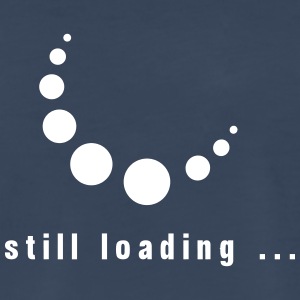 We are all a work in progress. I think that it's hard to remember some days that we aren't perfect. I think it's hard to think of ourselves as 'enough' but we are. I love my kids and I want to be my best for them. That requires changes and sacrafices. I just need some help learning how to navigate this new chapter. I gotta believe it's gonna get better.. I just gotta. 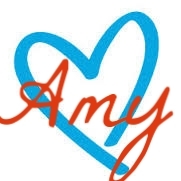